On Thanksgiving Day, while the turkey roasted and my family gathered, my significant other and I huddled on the couch with shoulders touching and a tiny iPhone in front of us.

We screamed at the tiny screen, and smacked our thighs as a plain bay swapped leads and surged to the front of the field.  And when he streaked past the finish line with his head at another horses saddle cloth, we smiled and embraced. 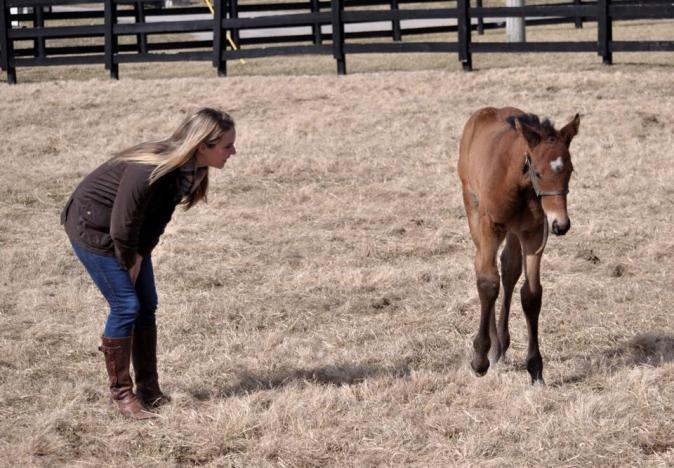 I put apostrophes around “our”, because we have never actually owned this horse.  But as is the life of a farm manager, we became immensely attached to the overgrown heathen from birth, which I blogged about in Loving and Letting Go. In fact, Luke no longer even managed the farm that did in fact breed him, and we haven’t seen him since he sold as a beautiful yearling at the Keeneland September Sales of 2015 for $150,000.

But he is ours.  And we are his.  And every time that he changes hands, I reach out to the new owners, or their trainer.  I send the cliche message that I always have, complimenting them on any success they have experienced with the horse, and then proposing that if – or when, the horse is ready for retirement or a second career, that they can reach out to us – no questions asked. 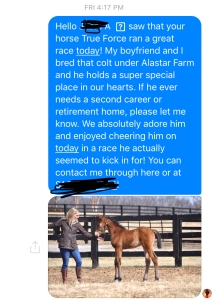 And I have sent this message out countless times, for countless horses, and countless farms.  I have done it for Chesapeake breds, and Hinkle breds – farms which I personally worked for.  I have done it for foals born on Don Alberto, Alastar, and Mt. Brilliant – farms which I have no personal connection to besides through my boyfriend Luke and his managerial position. We are tightly connected to the breeders, and yet we usually do it without any affiliation to them.

About 10% of the time, the trainer or owner will respond.  And only twice have I actually secured the horse. Often we have resorted to offering money, or even claiming the horse ourselves.  But many times, the horses disappear and we are left bereft and confused.  Wondering what it was we could have done more of.

And each time that that happens, I message a little bit more often.  I call a little bit louder.  And I try a bit harder.

There is no tried or true equation to the madness, and there will never be a standard with which to make assumptions on the thoroughbred breeding and race industry.

And yet, time and time again, I see one common statement about this industry.  It is usually from the naysayers, or from the external fans surrounding the business.

It is that the breeder is responsible for the entirety the horses life.

And I can’t tell you how much I disagree with that statement.

Now, this is not because I do not think that the breeders shouldn’t care, or that they shouldn’t give a thought about the horses entire life as they select matings, or produce these foals.  I don’t think that breeders should consider their horses life over at the yearling sales, or when they turn five.

But I do believe that a horses care, livelihood, safety, and welfare lie on one person and one person only’s shoulders – and that is the owner at that moment of time. The one name on the sales contract.  The one who is currently paying the bills and securing the care.

By saying that it is the breeders responsibility for the horses life, we are not only enabling the current owner to be irresponsible, but we are also running the breeder through an impossible gauntlet. One where they are spending their time picking up the pieces of others shattered messes.

I have blogged time and time again of the current state of affairs in this industry and just how difficult it is to track a horse.  And this is coming from someone who attempts to track from the get go – from the first moment in which the horse leaves my care.  I have watched horses trade hands over ten times from the moment they leave my care – and shown just how difficult it is to secure that horse back into that care without spending thousands of dollars just on a purchase. 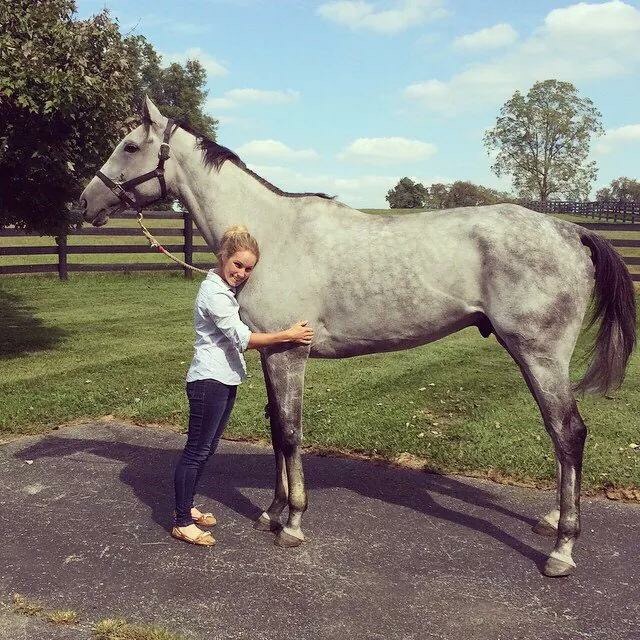 I have let you follow my journeys with horses like Marilyn’s Guy – who was only retired once he was injured after we begged and pleaded for his retirement for years.  I have let you in on the details of Called to Serve – who’s prior race owners took it upon themselves to claim the 6 yo gelding for $5,000 just to secure a safe and sound retirement.

Called to Serve was claimed for $5,000 just to secure retirement. He went on to win RRPs TB Makeover 6 months later.

But what I haven’t blogged about are the countless others who I have watched fall through the cracks, and through no fault of the breeders.

Many farms spend hundreds of thousands of dollars on aftercare.  The breeders like Stonestreet, and Adena, and Darley.  These mass producers which the naysayers lament for breeding such a large crop are actually following their horses and beseeching for their sound retirement.  They are then either rehoming themselves, or donating massive grants to organizations like New Vocations, Second Stride, or ReRun.  Or the breeders like Stone Farm and Hinkle, which place a note on every foals Jockey Club paper with a contact number to call if the horse is ever at need. The ones who bring them home to their own farm. 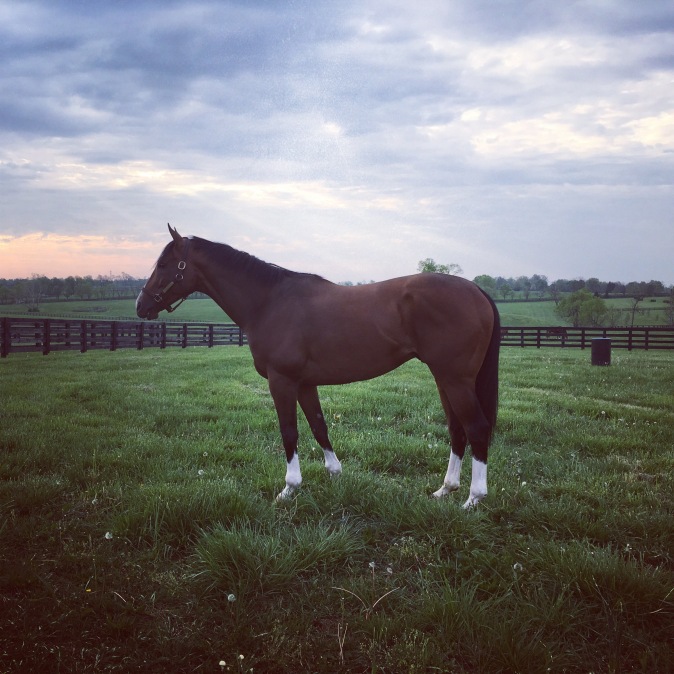 Enforce their anti-slaughter policies.  Enforce their drug restraints.  Enforce the vetting that happens before a race, and disallow any injured or obviously neglected horse from running. Open their minds to legit punishments, that are more than a smack on the wrist and a fine that can be paid off mucking stalls for a day.

Increase the transparency over the options these owners and trainers have.  Show them the CANTER website and inform them of competitions such as the Retired Racehorse Projects Thoroughbred Makeover. Increase the number of “End of the Meet Showcase Days”, where trainers can highlight their horses which are ready for retirement while attracting local equestrians to attend.

And at the end of the day, a sound horse is a safer horse.  A sound horse has a 90% chance of finding a second home – a second career.  Us breeders have to prove our horses soundness before they are purchased at the mass auction houses like Keeneland and Fasig Tipton.  They leave our farms able and ready.  But they do not always leave the track in the same fashion.

So encourage your owners, trainers, racetracks, and any fan affiliated with the sport to support the One Last Race campaign.  Retire the horses before they need retired.  Let them come off the track fresh faced and ready to jump a jump, run a barrel, or play a chukker. 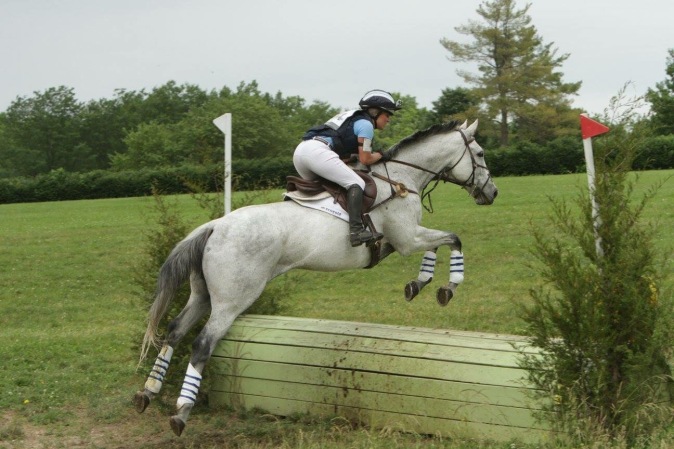 That is what needs to change.  And that does not lie on the breeders shoulder.  Our sport can always improve, but lets target and attack the pieces that are missing, not the parts of the picture which are already being painted.  A beautiful piece of artwork exists if we all work together – the breeders, the buyers, the owners, the trainers, and the tracks.  Now we just need to find the appropriate colors and paint the piece.

← Five Things I Learned In Graduate School That I Never Knew As A Farm Manager
We will be back. →

12 Comments on “Blame the Breeder”