Within the past month, social media has become a frenzy of opinions. From politics to ponies, and everything in between. It wasn’t abnormal by any means– at least not if you consider yourself a horse person. But there was one abnormal topic. A topic that caught fire in the frenzy not once–but twice.

With the announcement of American Pharoah heading to Australia, and California Chrome heading to Chile, the keyboard warriors took aim, fired, and missed.

California Chrome at Taylor Made Farm in Lexington, KY.

The comments ranged from accusations of animal neglect to inquiries into why the industry doesn’t allow artificial insemination, and everything in betweeen. And a good friend of mine reached outand begged that I explain the science. So that is what I will attempt to do–in a blog, of course.

Let’s start first by explaining the Hemispheres. Breeding hubs such as the United States, Ireland, and Japan exist in what we consider the Northern Hemisphere-indicating that our longest days exist between May and September–aka “summer.”

Conversely to this, other breeding hotspots such as Australia, New Zealand, Argentina, and Chile exist in the Southern Hemisphere, indicating the exact opposite. Their longer days exist between November and March, and their summer is the inverse of ours.

So why does this matter? Well, quite simply, because the horses entire reproductive tract is controlled by those precious hours of light controlling the length of day. That sunlight tells the brain to actively secrete the hormones that make our mares tease hot and ovulate, thereby enabling them to get pregnant. They even control (to a lesser extent) the amount of super swimmers that a stallion can produce. 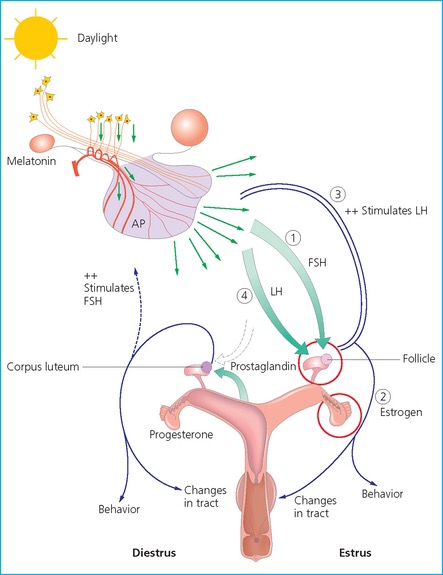 Through artificial strategies, we have manipulated this to enable our mares to cycle earlier in the year–in both the Northern and Southern Hemisphere. Mostly by placing them under artificial lights–or turning the light on in their stalls–we are able to convince their brains to do this earlier, thus allowing us to begin breeding season on February 15th, and ensuring a Northern Hemisphere birth date as close to January 1st as possible.

The Southern Hemisphere does this as well, only because their summers are the inverse of ours, they strategize for a different time. In Australia and New Zealand, the overall Thoroughbred birth date is August 1st, but this is actually not true for Chile, who recognizes July 1st as their annual Thoroughbred birth day. The varying Jockey Clubs of the numerous countries select their own rules, and minor variants such as this exists between them, but one thing remains true to all:

All thoroughbred stallions must breed their book of mares by live cover–and this eliminates the option for artificial insemination, embryo transfer, or cloning.

Because of this, we shuttle.

The process of shuttling a thoroughbred stallion means that they are transported from one hemisphere to the next, and due to the daylength being long at a constant state, they are able to produce testosterone – and therefore sperm – at a steady state.

Most stallions travel via air, which has become a routine form of transportation for a plethora of disciplines and is rather simple and straight forward. They are assisted by their grooms and a veterinarian for every flight, and the majority ship in a box stall–without the bumpy roads to annoy their fragile legs.

But more importantly — they then breed a second book of mares in that season. And with some stallions breeding books of greater than 200 mares, this causes concerns to the public of increasing that book size to 400-or double.

It has to decrease fertility, right?

They have to eventually burn out, right?

They couldn’t possibly breed that many mares, right?

The average stallion produces enough sperm to breed 7 mares a day in the wild.

So why don’t they?

The limiting factor to book size is not the amount of sperm that can be produced, it is the number of mares you can excite the stallion by. In most live cover scenarios, this is approximately 1-2 a day. At most, I have witnessed a stallion breeding 5 mares in one day. Again, not even close to the natural limit.

So does shuttling have an effect on their fertility? It has to, right? They have to eventually burn out and stop getting mares pregnant, no?

An awesome study done by Texas A&M was recently published in Theriogenology, a journal which studies animal reproduction. Headed by Dr. Stephanie Walbornn, the study examined the effect of shuttling on a variety of outcomes that are used to evaluate stallion performance: seasonal pregnancy rate, first cycle conception rate, and pregnancy rate per cycle. 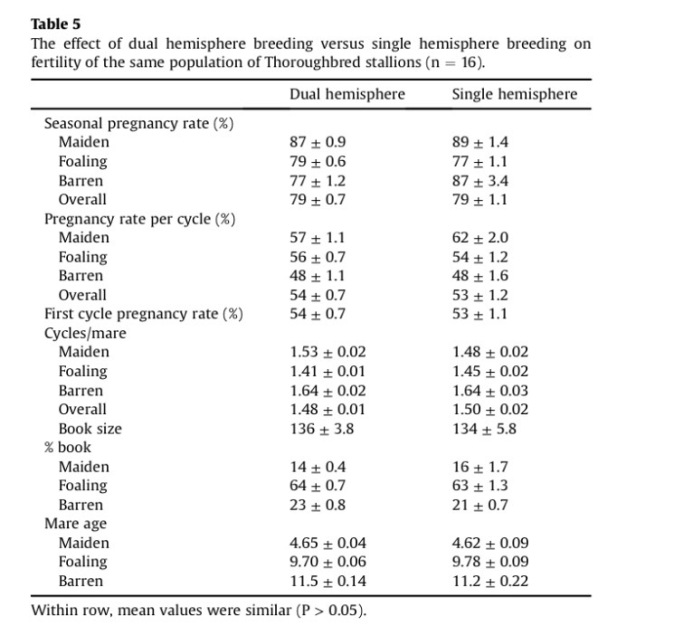 Each of these things are indicative of a stallions intrinsic fertility. They are each taken into consideration when choosing a stallions book size. Because the stallion owners understand a few things better than the keyboard warriors:

A healthy stallion is a productive stallion.

No, but seriously. Body condition, increased temperatures due to viral or bacterial infections, and joint health all impact sperm production and libido. A sick stallion cannot breed at a high capacity.

A stallion that is not getting mares pregnant is not profitable. In the thoroughbred industry, the majority of these lavish $100,000+ stud fees are only paid when the mare produces a foal that is able to stand up and nurse. If the stallion has passed his book size capacity and is therefore either shooting blanks or simply refusing to breed, the farms are making $0.

And increasing blood in our pedigrees is essential. We would not have both Zenyatta and Winx, two of the greatest race mares of existence, if Darley had not shuttled Street Cry to Australia. We would not have Animal Kingdom if Leroixdesanimeux had not arrived from Argentina. And we would not have beautiful Galileo foals in my backyard if travel to breed was not encouraged. Limiting outselves to just America, or scarier- just Kentucky, would be devastating. 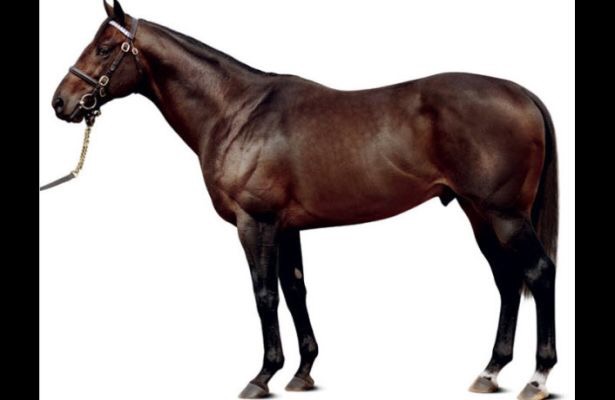 But the outcomes of this necessary study by TAMU were simple: there were no negative effects of breeding a stallion in dual hemispheres (both North and South). In fact, one of the only significant outcome of the variables evaluated was that the stallions had better fertility in the Southern Hemisphere in comparison to the North.

And once finished with their sexual adventures in the Southern Hemisphere, these valuable stallions then hop back onto their jet planes and return to be bred for the Northern Hemisphere breeding season. Let me repeat: California Chrome and American Pharoah will come home after a 5-6 month vacation to the sunny south.

If anything, they get to exist in a constant state of summer. Longer days. Green grass. 5 star meals. And a line of women, I mean mares, waiting to be satisfied.

It sounds like a pretty darn good life. Shuttle On.

← Surfing the wave.
Winning even when you’re losing  →

8 Comments on “The Shuttle Show”

Leave a Reply to Delrene from Carlsbad Cancel reply