I was emailed by the United States Equestrian Federation last week with an inquiry.  Someone had filed a complaint into my amateur status, and they were asking for a rebuttal.  How did I wish to respond to these statements?  Could I defend myself?

I responded back to the USEF with a bulleted list of responses.  I told them that I had in fact managed Hinkle Farms, but that this complaint was both unfounded as well as amusing.  I told them that the idea of me profiting money off of training horses and teaching lessons was completely incorrect.  And I explained the fact that I had trained a horse for the Retired Racehorse Project that was owned by my (super) significant other, but that I had actually legally purchased just a few weeks ago.

Managing a TB farm required a LOT of this.

I had been the yearling manager at Hinkle, and then was promoted to the assistant manager.  I foaled mares, I groomed yearlings, I stared at them as they walked around an equicizer, and I studied the black screen of ultrasound machines as we scanned reproductive tracts.  There was no riding involved, and if being the manager of this farm meant I was a professional rider, then so is every veterinarian, vet tech, and farrier.  But, even more amusing to this complaint was the fact that I hadn’t worked there in over 3.5 years.

And my second defense: Nixon. I had trained Nixon without profit.  Luke did not pay me for training rides, nor did he pay me for competitions.  He owned the horse, and therefore paid for his board, his bills, and his life.  I rode the horse, and therefore was in charge of his grooming, his maintenance, his biting when least expected, a few kicks here and there, and holding him with a chain shank for the farrier.  The game plan was for us to sell him, and split the profit 50/50.  Instead, I fell in love, and purchased him myself from Luke last month, after selling another horse. 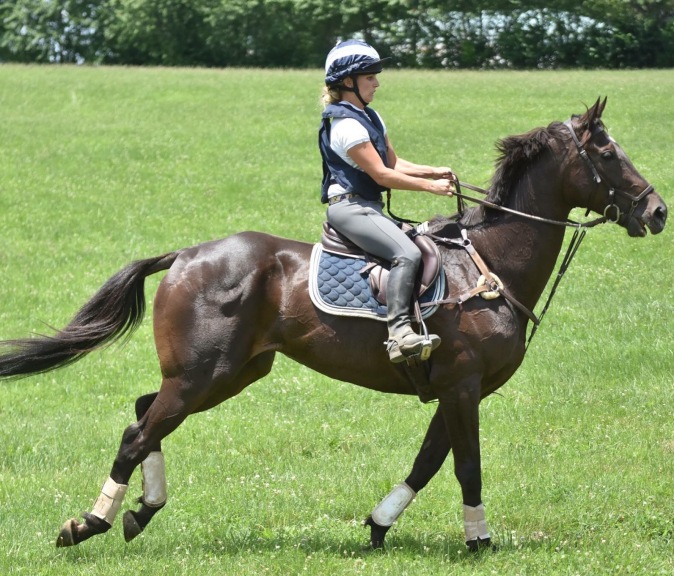 Whats not to fall in love with? Besides my face. Photo by JJ Sillman

The USEF was amazing to work with, and nothing about this is directed at their staff. They were easy, amicable, friendly, and professional. So when they asked for a bill of sale between Luke and I, in addition to a written document from Hinkle Farms stating the dates that I worked there, both were quickly provided.

And then I got angry.

Because of someones overt concern over my life, I spent the majority of my day on Friday defending the suck. Hours that could have been spent studying equine disease and infertility due to the fact that I am getting my doctorate in both.  Time that could have been utilized to ride my ponies.  Explaining to the USEF that I was, truly, and obviously, an amateur, and that none of these inquiries violated any of the rules.  And  in addition, I took time out of both Luke’s and Anne Archer Hinkle’s days as well – both of whom are thick in the middle of breeding season, and one of which is planning her wedding.

And I laughed as I explained just how amateur I am –  four years ago I entered my first horse show in a decade.  Last year I completed my first training level event of my life.  And today, well, today I finally earned my first two scores towards my bronze medal in dressage – at FIRST level.

I just learned how to sit up, now if only I could stop looking down. Photo by Melissa Bauer-Herzog.

I do not teach lessons.  I do not train other peoples horses.  I spend the majority of my day hacking on the buckle at a walk, sometimes bareback, sometimes bridleless, and usually with a smile.  If I can afford it, which is rarely on my graduate student budget, I take lessons with a select few people here in Lexington that I feel are the best.  If I can’t afford it, I go and school with friends who I appreciate constructive criticism from.  I circle, and I jump.  Occasionally I gallop.  And sometimes I rope.  All the while listening to the latest Beyonce or Taylor Swift on my iPhone.  Usually alone.

My life is a lot of this.

And then, quite often, as Denny Emerson says, I ride.  I ride whatever horse is offered to me.  I get on big ones, little ones, grey ones, red ones.  I willingly ride whatever is handed to me – with whatever tack.  Last week it was XC schooling a horse for a friend, and next week it is demonstrating western pleasure at the Kentucky 4-H Judging Competition. But the difference between me and Denny?  He gets paid, and I do not.

I have turned down so many opportunities in order to maintain my amateur status.  I have turned down money, sponsors, teaching clinics, and horses.  After RRP last year, I was offered horses in training off of the track, and asked to help others with their difficult mounts.  And if they were local – I would offer to help, FOR FREE. Because I have been there.  I also rely on friends who are great riders and even better horsemen.  And I feel as though this is how the industry works – cyclically, with us all helping each other.

And I told the lovely lady at USEF all of this, while also quickly telling her that this vent session was by no means targeted at her.  This system is just set up so backwards, that we all spend more time defending the suck than actually proving the greatness.

Because that is all it needed.  No rating, no tax statement proving income.  No record statement proving an upper level career, no ribbon ceremony.  Just a simple email – one consisting of 5 words – and I am officially a professional rider.

So after supplying her with all of the documents, and all of the information needed to prove that I was truly an amateur, I switched. Four hours defending the suck was followed by a one line email stating that I wanted to turn professional. Because, at the end of the day, I refuse to do this again.  I refuse to take my own time, as well as the time of my previous employers, friends, and family, to defend my suck. And if it means more peace of mind, less time dealing with this crap, and an increased chance of making $20 a week off of a training ride on a 16 yo laminitic quarter horse that can afford me a single cup of Starbucks, then COUNT ME IN.

So here goes kids.  As of Friday, I am a professional rider.  I am now (obviously) great. I woke up on Saturday with lower heels, higher eyes, and a left arm that suddenly and miraculously listens to my brain.  I am Mary King, William Fox Pitt, and Buck Davidson all rolled into one.  I will obviously get sponsored by Amerigo and Vespucci, Eskedron and Eby, and tackle all of the 4*’s in the world. And maybe, just maybe, now that I am a professional rider, I will stop getting bucked off of Frank. 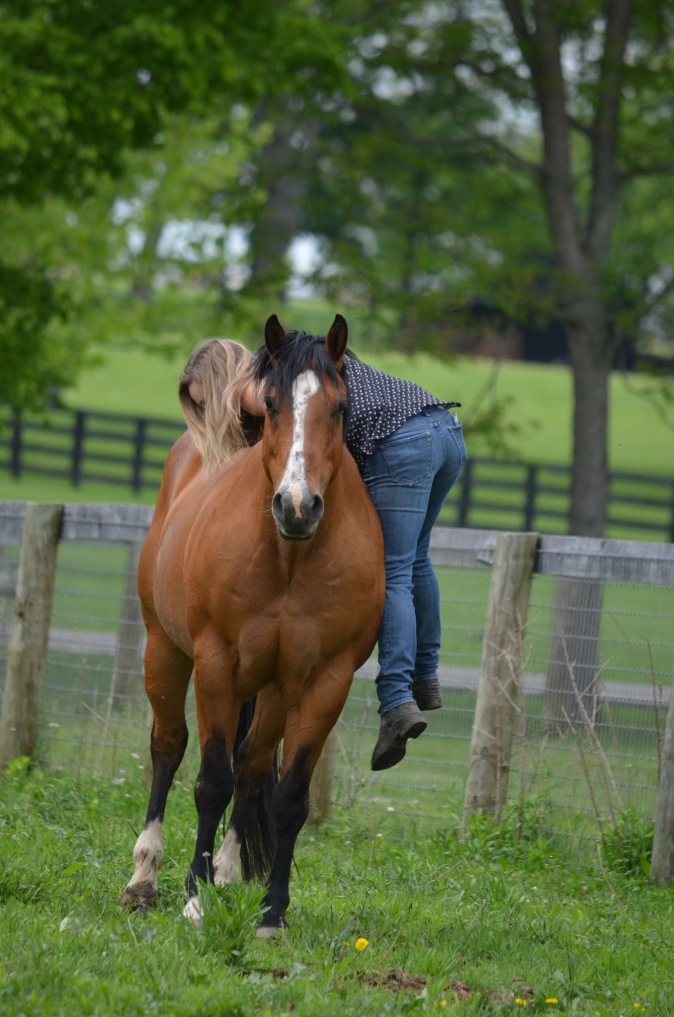 Because I am done defending the suck, and I will begin to embrace the greatness. Bring on this world, one professionally ridden cross rail at a time!

14 Comments on “Defending the suck”