Putting your money where your mouth is: Support equine research.

I walked off of the cross country course yesterday with my head hanging low and my reins swinging on my horses neck.  Having never even broken a sweat, Nixon strode out strongly, not comprehending that I was upset.  In his mind, he had done fine.  He had jumped all of the jumps – just not on the first try.  He had galloped out strongly, just as his trainers had taught him for 4 years.  And he had come back to a walk when asked. 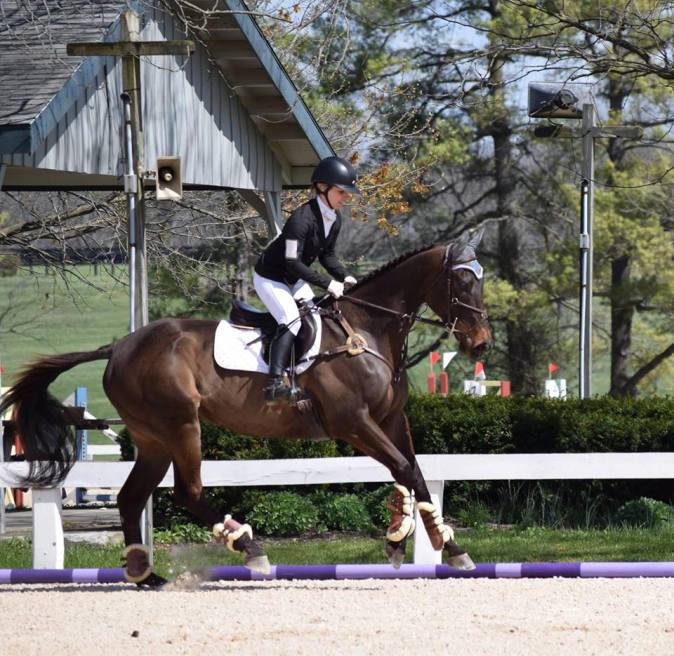 In his mind – he had done well.

But in my mind, I knew that I had been eliminated for the first time in over a decade.  I was reeling.  Angry at myself for not riding better, not training better, not having picked an easier horse.  Having flashbacks to exactly this walk as a teenager – acknowledging that going from first to last in an event is a skill that maybe only I know best.

I got back to the trailer, untacked, patted Nixon on the neck, and let him nuzzle my arm – glaring at him, but not physically shoving him away.  I got him loaded and home, and swung on my other horse for a spirit-lifting ride.

And then my phone beeped.  Again and again.  And I picked it up to see that a horse had died on course. My heart stopped, and I sent up a quick prayer to the Horse God’s, asking them to support and protect this family and their friends.  I turned back to the barn and hugged Nixon hard – realizing that although I though I had hit the lowest of low, my horse was standing sound in his stall, and we would have another chance at this game.  And then I prepared myself for the press release…and the comments.

I knew that the comments under Eventing Nation would be ok, and the comments under USEA would most likely be as well.  But I acknowledged that the minute that Chronicle of the Horse, or Horse Collaborative posted this story – of a horse collapsing while running training level, that the negative comments about eventing would pour out.  It’s the same when a racehorse breaks down.  And for some reason, I have chosen to love both of those dangerous sports.

And each time a horse breaks down, or has an aneurysm, or collapses due to a cardiac infarction, the masses come out to do nothing but rage against the sport.  They give no heed to the family that is reeling, or the teenager that is suffering.  They give no heed to the horse that is gone – even if they claim they do in their keystrokes.  But they never do in their actions.

Because 98% one of those pleas for change, or action, or a difference are empty.  How do I know this?  Because in addition to being an event rider, and a racing supporter, I am also an equine researcher.  I am only a few months away from finishing my doctorate in Veterinary Sciences, with a focus on Equine Reproductive Physiology.  And I know what it is like to have a great idea that will better equine welfare, and the animals to do the study, and come up empty.  Simply because none of these people who demand science are willing to put money where their mouth is.  They want to cause an uprising in these worlds – but with no science or data to actually back up their words.

Have you hugged an equine researcher today?

Are horses bred weaker?  Can heart defects be detected well in advance of competition?  Will giving a horse acepromazine before competition weaken its muscles and cause potential life-threatening complications?  Does competing in the heat cause an increased risk of aneurysm?  Are we pushing these horses joints past their limits?  Do frangible pins actually decrease the risk of rotational falls?

It’s easy to say yes to all of these things.  It’s easy to make a correlation without actually proving causation.  It’s easier to sit behind a keyboard and admonish everyone who is out there every weekend.  It’s easier to judge the poor soul’s who somehow find themselves on the receiving end of these awful and hateful comments, with no reason to be the center of the attention besides simple bad luck.

But you know what would be the easiest?  To take the same amount of time to write that nasty comment, the one that does absolutely nothing besides cause further grief in the 16 year old competitor who has to read it after losing his horse, and put your money where your mouth is.  To the Grayson-Jockey Club Research Foundation.  To Morris Animal Foundation.  To the United States Eventing Association’s Research Group.  To a local research group, just like the one that I have been lucky enough to do my doctoral research at, the world-renowned University of Kentucky Gluck Equine Research Center.

Organizations like this fund the researchers that crave to answer these questions.  The brightest of the bright who have the animals, the laboratories, and the knowledge to actually provide answers.  These same minds who created the vaccines that we use, who invented the ultrasound, who discovered the very ointments and therapeutics that we use on a daily basis.  We have trusted them with so much in the past – why no let them do their jobs now?  Get out from behind the keyboard, and get in front of the game.

It will  only be when this change happens that we will truly be able to enhance this sport.  To take the highest level of care of these animals that we love so much.  To make this world the safest possible.  Be the change you want to see in this world.  Go from cyber bully to cyber supporter.  And more importantly, get off of your computer and go to the barn.  Hug your pony.  Hug your trainer.  Hug your barnmates.  And hug your loved ones.

Because life is short, the strides are long, winding, and yielding.  But this ride – this ride is always good. 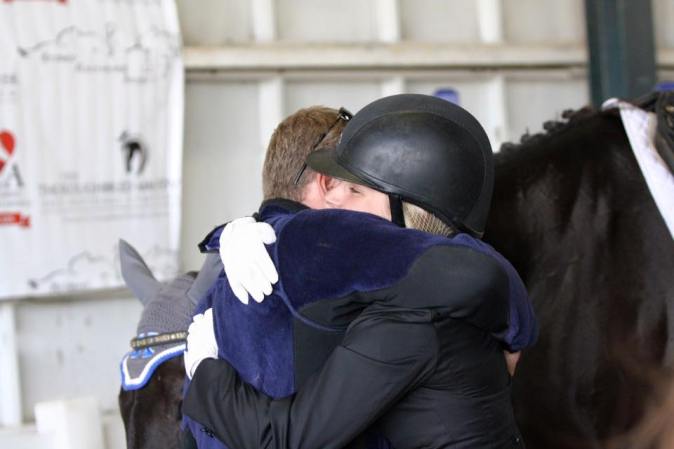 ← Personal victories
I can’t quit you. →

10 Comments on “Putting your money where your mouth is: Support equine research.”