I met this young girl a few years ago.

I had seen her at shows previously, but never knew who she was. She was always the one on the rail with a camera strapped around her neck or blocking her face. She was always in breeches although I rarely saw her on a horse. And she was always wearing the same hat…every time.

I didn’t know her, but I knew of her. You see, the horse industry in Lexington, KY is surprisingly small, and the eventing industry even moreso. 100 square miles separate you from an Olympian, and even less stand between you and a sheikh. Very little goes unnoticed, or so I thought.

Because that day, I thought nothing more of the awkward 17 year old standing before me with the goofy hat.

She tentatively said hello, and I boisterously responded back. She quietly asked me about my horse, and I loudly responded by telling her that our first training was in just a few weeks.

I told her that eventing hadn’t always come easy to me, and that my mental demons were worse than most. I explained how training level had always been a mental block, and how nervous I was for the show ahead. And then I  told her that if I made it to that finish line, I would be the happiest person alive.

And after hearing my story, she looked me dead in the eye and said that if this was that big of a deal to me, than she had to be there.

Weeks later, as sweat mixed with the tears streaming down my face, I saw that same hat at the finish flags, and the young girl wearing it with a camera in front of her eyes and a smile across her face. 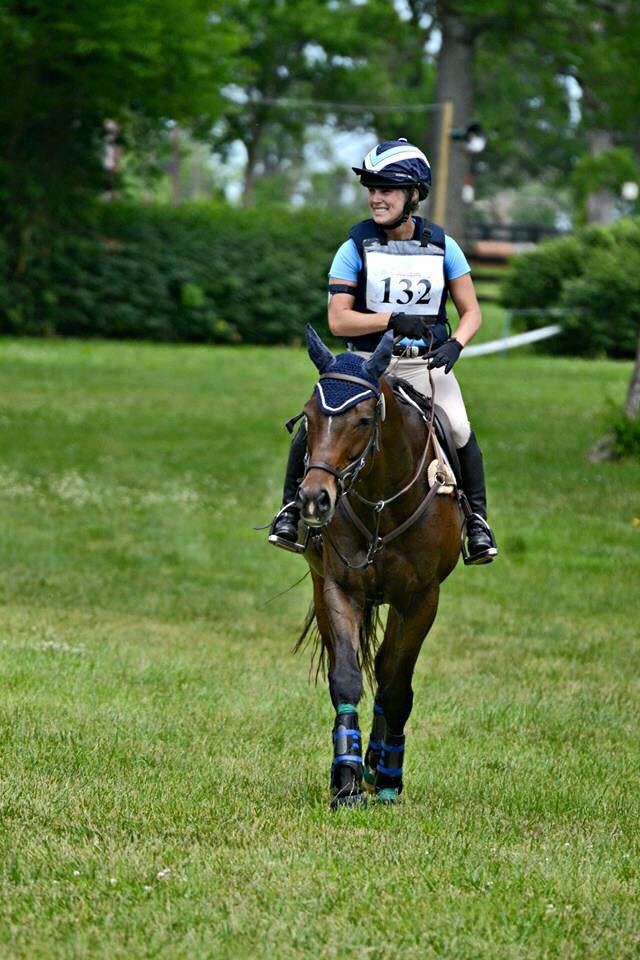 The first photo Jj took for me. Photo by JJ Sillman

And that’s how I met JJ.

I don’t write a lot of blogs about people, because I don’t ever want to offend. But I’ve thought a lot about a blog about this treasure that we had amongst us.

Many of you know JJ for her pictures, and some of you for her snapchats. Some of you might know her for her advocacy for therapeutic riding, and even fewer for her take on politics. It seems to be that these days, you can find JJ just about everywhere.

And yet what I think goes unnoticed beyond the pictures and the publications is the truly amazing human underneath the ridiculous hat. The empath. The educator. The peacemaker. The champion.

Because I have now gotten to watch JJ grow up from that timid and nervous young girl to a fierce and loyal friend.

She is a champion for all things different. Through her own personal struggles with normalcy and the challenges each day brings, she is the fresh face of the anti-bullying campaign that is so needed amongst our young riders.

She speaks often of her own social anxiety and the reasons she wears her headphones and her hat, and has turned something to be bullied about into a staple. A trophy. This hat which has adorned so many 4* horses ears and so many 4* riders heads.

But she is also a cheerleader. While so many beg for JJ’s pictures, those of us who know her well beg for her smiles and screams. On countless occasions, I have received an uplifting message or just a yelp across the arena as her smile dissipates all nerves. She is the first to crack a joke in a tense situation, and the first to offer a high five after a personal best.

And she is a role model.

I have watched so many young girls begin to look up to the following JJ has obtained, and attempt to follow in her first steps. It amuses me to no end to watch the evolution, but I am so proud to call her friend. She is the fiercest defender of our sport, and the riders in it, and a true champion for all things horses. Moreso, she is a fantastic mentor for so many young girls in such a tough age within such a tough sport.

I don’t know how to end this, except for to simply say—JJ, we love you.

Sure, your photos are epic. And yes, your style is second to none. But moreso, we love you for just being you. For being the best cheerleader, and most fearless voice, and the most fluid friend.

I hope you have an amazing day today, and I hope the countless photos shared that included your talent made you smile.

Happy birthday JJ. May it be great, just like you.