Two years ago today, I sat on my couch and began thinking.

About what I wanted from my riding career. About the improvements I had made in the last year. About the two horses in my stable, and which I could afford.

I had just gotten home from the first show of the season, and realized I had some hard decisions to make.

My young horse had risen above all expectations, and in his first real show with jumps involved, he had come home with the blue in both his divisions—finishing on dressage scores of 20 and 26. And vice versa, my seasoned show pony had had a temper tantrum in the dressage to finish at novice on something like a 40.

And I started to wonder.

Did my seasoned show horse (who was only 8 at the time) really want to event? He seemed to hate dressage, and was about as unsupple as they came.

And vice versa, my young horse was what every upper level rider dreamed of. Big. Strong. Balanced. Opinionated. Scopey. Fancy.

So I did what I thought was necessary. I sold my “heart horse,” the plain Jane, the safe one to be a hunter, and I decided to keep the fancy one. Thinking I was heading to Rolex. Thinking I was making the right choice.

And two years later, I just have to shake my head at the ludicrousness of it all.

Because I just got back from that same show, with those two same horses. And oh how the tides have turned, and how karma has a fantastic way of smacking you upside the head.

Because Mak is back; and in two years he has gone from barely bending in a 20m circle at novice to scoring a respectable 35 in preliminary. And while his career as a hunter might have been short lasted, his knees in stadium are second to none. I couldn’t imagine a day where I didn’t have access to the ride on this horse, and just have to laugh at the fact that there was ever a time I considered him sellable. 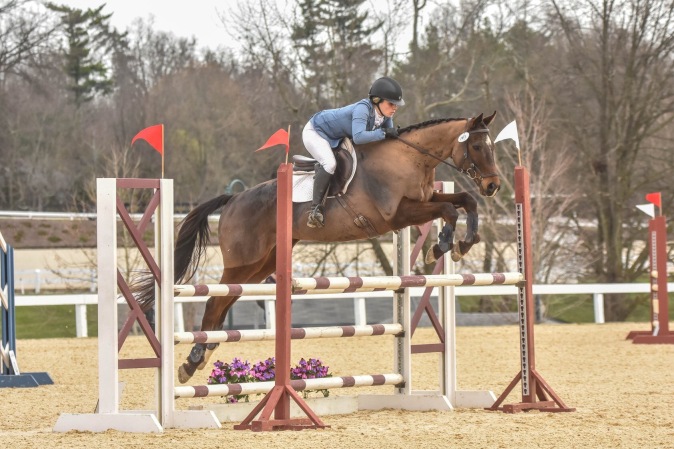 Cruising around the prelim. Photo by JJ Sillman 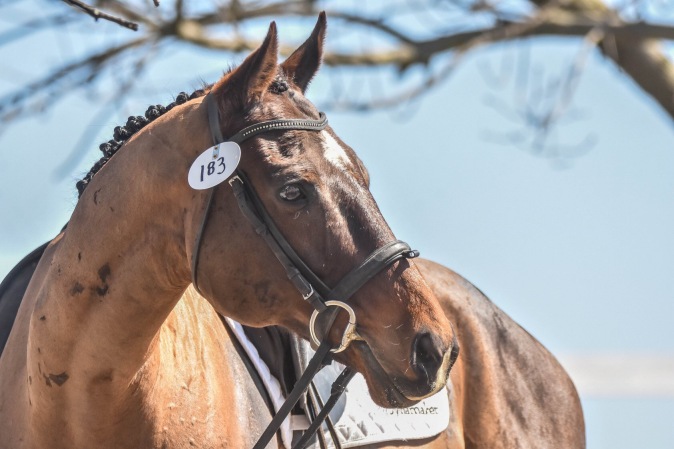 And vice versa, in two years, Nixon has selectively hit every road block that a horse possibly could. The most talented horse I have ever sat on, our journey has been filled with so many ups and downs. Broken bones and shattered dreams.

And yet this weekend, we made our journey around a redemption ride. Because although his improvement isn’t as apparent on paper, it is so apparent to everyone who has followed this journey. 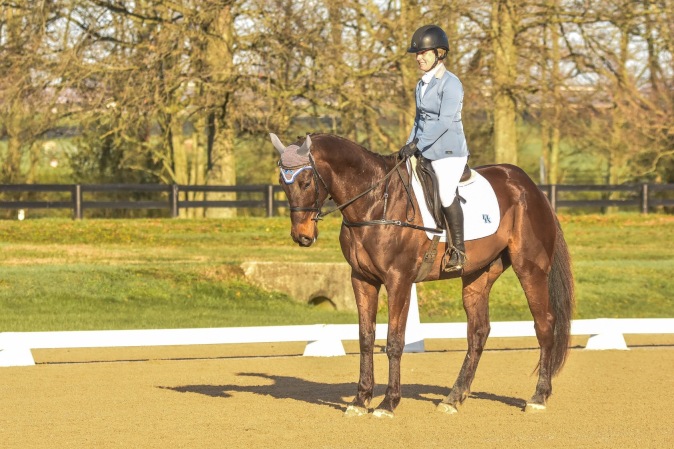 Two years ago, Nixon scored almost 20 points lower than he did yesterday. But two years ago, he was a different horse.

One year ago, I wouldn’t have dreamed of entering a combined test, as I barely had control at home. But one year ago, he hadn’t scared himself (literally) to (almost) death.

So yesterday; while my dressage tests may have been more tense than I planned, and my stadium trips a bit more enthusiastic than I had wished for, I was so pleased.

Pleased that I could not only finish a show, but more importantly enter one.

Two years ago, I brought home two blue ribbbons, and today I have none. But my pride in these horses is somehow greater than it was two years ago.

So now, instead of looking at two years ago, I’m staring straight ahead. And I’m so excited for the future.