About two weeks ago, I sold a horse.

It’s been a few years since I have actually sold one, although a few have been for sale, and one even left my care only to return quickly.

And through that processes: the showings, the vettings, the negotiations, the panicked phone calls and the trek to Virginia, I started to think that maybe horse sales were not for me.

Two years ago I thought I could sell anything, and so I took on a horse that didn’t fit the majority of my prerequisites of what was a good project horse. Nixon was a little bit too old, a little bit too angry, and a little bit too much of a pro ride to be an easy or quick sale.

And yet when push came to shove, he was both too good and too unmarketable to sell. On a good day, Nixon is worth $50,000, and on a bad, I wouldn’t be able to get him on the trailer to even head to auction.

So, after 12 months of hard work, numerous tear-ridden phone calls to friends and family, and one blue ribbon at the RRP Thoroughbred Makeover, I took him off the market.

And I replaced him with my heart horse. The antithesis of Nixon. My pride and joy, my Mak.

Mak was everything Nixon was not. He was kind, he was calm. He was amateur friendly and a packer type. 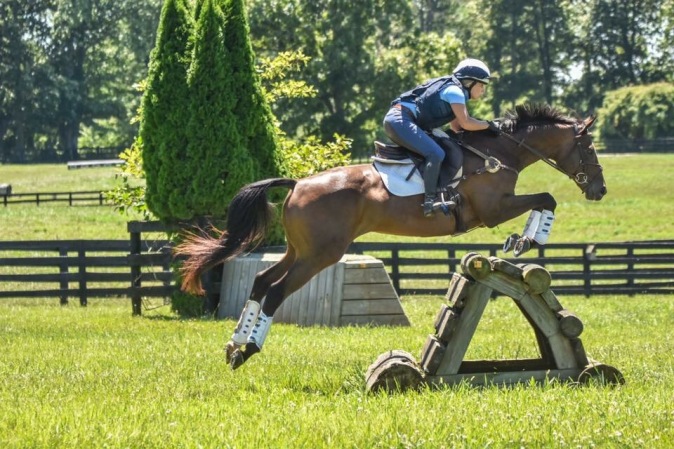 And before I could even advertise him, he was sold.

And just as quickly, he was home.

I don’t know who suffered more in that escapade: Mak or me. While Mak came home fairly unphased by his month in Virginia, I was left fairly traumatized by the whole process and the aftermath.

Because I have always considered myself two things: a good baby trainer, and a good match maker. I do not consider myself a horse seller or trader, and never take on more than one at a time.

I am not good at teaching horses upper level movements or selecting the ones that will go to the international stage, but I am good at selecting a sound body, a good brain (well, minus Nixon), and then putting a solid foundation on that young horse. 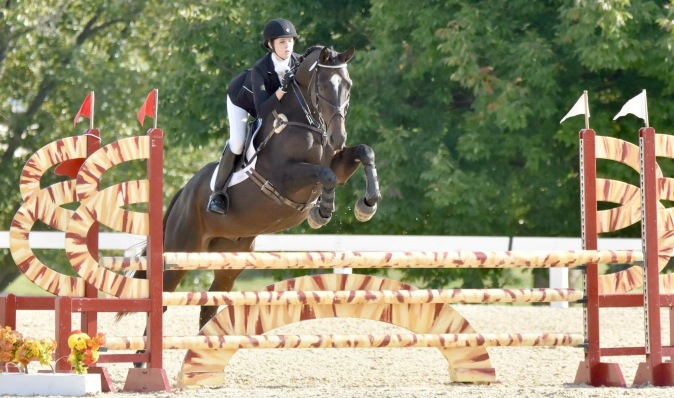 And once that foundation is there, I used to love nothing more than finding the perfect match to take that horse to the next level. And I love following them in their journey. The Ainsleys and Skylars of my resume have brought me so much joy, and knowing that we found a great horse for that perfect rider and then watching them blossom together has been so rewarding.

But with Nixon, and then Mak, I began to question every aspect of this process that I used to enjoy. I hadn’t selected the best brain in Nixon. I hadn’t found the best match for Mak. And because of my delinquency, I believed my horses had suffered.

I always wondered about what Mak went through during his trip to Virginia, and if he resented me for putting him in that situation. I always wondered if Nixon could be at the 2* level by now if he had gone to a better rider, someone more capable than me.

So for two years I stayed away from it. I didn’t take on a project and I didn’t sell a horse.

So I got another project horse. A polo pony who had grown too tall was bestowed upon me by the farm my boyfriend is a manager of, and on October 1st, I began to lay the cement of this foundation.

Sig was different. Sig was 100% thoroughbred, but had never seen a stall, nonetheless a Racetrack. He was green broke and a bit feral, and yet I was smitten from the first ride.

And for 2 months we bonded.

I took Sig for his first trailer ride, his first horse show. I showed him his first Dressage ring and his first cross country fence. I put his first blanket on him, and his first brush boot. We went for first hacks and first gallops, and everything in between. 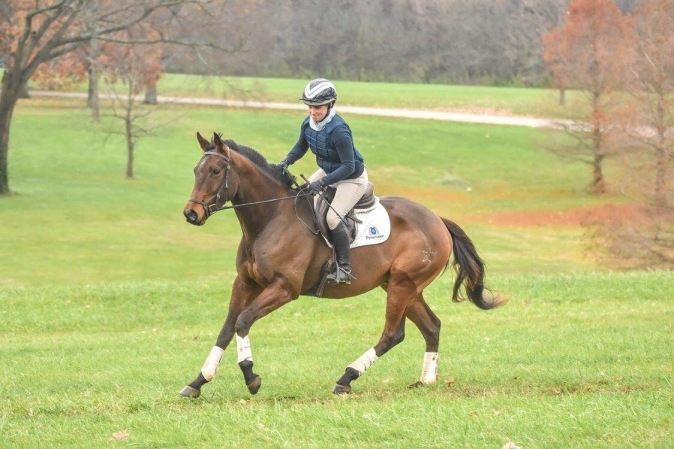 And after a little bit of time, I had a pretty good idea of who I wanted to match him with. I wanted a capable rider who could bring out the best in him, while understanding that he didn’t need a professional to finish the job. I wanted someone who would do the things he loved while understanding that he was a blank slate that could go in any direction. And most importantly, I wanted someone who would love him as much as myself, my friends, and this farm had come to.

And I found her.

Lindsey contacted me a few weeks ago and inquired about the big baby. She asked all of the right questions, and I answered as honestly as I had ever done. I knew that I was never going to be the sketchy seller, who lies through their teeth. My prior failed sales had taught me that a bad sale was worse than no sale at all, and I responded as such.

And she responded by saying that none of that phased her—he was only 3, wasn’t he?

So she made travel arrangements and drove to Lexington less than 48 hours later. And we bonded the minute that we met. We talked ponies and politics, relationships and friendships, and then I threw her up on the sweet baby and knew from the first circle that it was meant to be.

Sig shipped out last weekend to Maryland where he will pursue a life full of mystery. Lindsey has prehistorically done the jumpers, but has also dabbled in fox hunting, eventing, and dresssage, and I’m sure Sig and I will be able to convince her to do all of the above.

And for a week now, I have been reminded of why I used to love this. The comfort in knowing your horse is safe. In knowing he is loved. The excitement over what lies ahead and what updates you will receive. And the enjoyment you get out of watching the journey from afar.

I don’t know if or when I’ll get another project horse, but I do know that my heart, my conscience, and my soul are ever so slightly healed. Sig and Lindsey showed me that I do have a purpose in this massive world that we live on.

That I am still good at laying that foundation. At making that match. And at watching it unfold.

So who knows, maybe I’ll get back in the game. In the meantime, there’s one more horse out there that I get to cheer on. That I get to point to and say “I helped him find her.” And that I get to love from afar, knowing how good his life will be because of that good start. That solid foundation. And the love that went into it.