I woke up this morning to numerous Facebook messages.  From various people.  Various industry affiliations.  Various ways in which they were connected to me.

And all were writing of the same thing:  The Denny Emerson Drama.

And I clicked on the links sending me to his Facebook page, or Doug Payne’s status and just sat at my desk with my jaw dropped. I slowly tucked my hands under my ass and twitched for a few moments, demanding my brain to stop writing.

Do not blog.  DO NOT GET involved.

And then in true Carleigh fashion, my anger level rose, and my willpower diminished.

So here we are.

For all of you out there blissfully unaware of the events which happened this weekend, here is the cut and dry.

Pau – a 4* event in France – was underway.  We had three Americans contest the windy and intense cross country course overseas, and all three were competent and skilled equestrians.  Boyd Martin, one of our best cross country riders to ever grace American soil, kicked off from the start box and put down a nearly flawless round.

…until just a few fences from the finish.

Because – as part of this course – the riders leave the fresh grass of the French countryside, and enter the dirt dressage complex.  And as his mount Crackerjack’s hoof hit the differing surface, he stumbled, and Boyd quickly pulled him up.

For any of us who work in the thoroughbred racing industry – it was quite obvious what happened.  We see it occur time and time again in the training and racing of our precious young stock, leading us to turn away from the rail thinking “not again.”

Many of these end up as fractured sesamoids – which are the small supportive bones in the ankle.  Some are condylar fractures of the cannon bone, which can spiral up to the knee. And sometimes, just sometimes, the rider or jockey can get off quickly enough to maintain the infrastructure of the leg and prevent further damage.  This leads to the best prognosis and outcome.  But continue to run, and you devastate all of the tendons and ligaments which attach the lower limb to the body.

But that is exactly what Boyd did.  He swung off and screamed for a medic.  He supported his mount while waiting for help.  And all of us watching the live stream, or worse – present – just closed our eyes and sent a prayer up to the Horse Gods.

We heard soon after that it was in fact catastrophic.  There was no chance in saving Crackers life, and he was humanely euthanized with both Boyd and his owner Lucy there.

It was, quite simply, devastating.

So many of us in this sport feel a legitimate connection to these riders and their mounts due to the invention of social media.  We watch the live stream, we stalk the live scoring, we peruse Eventing Nation, and if we are lucky, we even Facebook friend the riders.  It is the beauty of this sport – the nearness we get to the greats.  Walk around any event, and you will find a 4* rider with a smile and a helping hand.  It is awesome.

And as the outpouring of sympathy and well wishes for Boyd and the horses connections began, there was one person who deterred to the opposite spectrum.  Who went into the situation with cat claws instead of sympathy: Denny Emerson.

Denny, who posts under his Tamarack Hill Farm, has quite the social media presence and following – and thousands upon thousands of equestrians turn to him for guidance and information.  He never sugar coats things, he cuts to the chase, and he calls it like he sees it.

And 90% of the time, I appreciate that.  Because I truly believe that criticism is key to progress.  It does not mean that you do not love something or someone if you choose to call it out for a flaw.  I always refer to this as my “Fatherly Advice.”

I don’t know how many times during my teenage years that my father would sit me on the couch and tell me that I was epically screwing up.  That I was to be punished.  That I needed disciplined.  Whether it was for simply staying out past curfew, wrecking his  car, or *possibly* underage drinking, he was quick with a verbal lashing and a grounding.

And the majority of the time, that is how I see Denny Emerson.

But this time,  he took it too far.

He posted that Boyd treated his horses as disposable – as many upper level riders do these days.

He posted that the upper levels were a bastardized version of the sport he used to love, leaving horses and riders crippled and dead.

And he posted that it was the removal of the long format which led to this demise.

And as comment after comment under his page supported these statements, I watched as my jaw dropped lower and lower. I am but a measly lower level rider, but one who has gotten to befriend and follow many an upper level rider in their journey towards success.

And I have watched grown men cry as their Rolex dreams are shattered due to a horse tripping on the cement on the way in from the paddock a week out.

I have seen young girls place their dreams of Team victory to the side after seeing one lame hiccup in a dressage school.

I have witnessed grooms stay awake for 72 hours straight in order to see their mounts get to the final day of stadium in tip top shape.

And I have watched young women wake up at 5 am in order to ride all 10 of their horses before throwing on their khakis and black shirt to go waitress the dinner service – just to pay the bills for that next FEI event.

And do we all acknowledge the fact that this sport is dangerous?  Hell yes.  We do.

But what is Denny doing? Nothing.

Because while he bemoans on Facebook of the dangers of upper level riders, he is still training them. Breeding their mounts.  Actively teaching, clinicking, and riding.   Profiting off of the sport he degrades. And at the same time that he incites his followers to attack grieving riders and owners, his “opposition” is hard at work to physically improve the sport.

His supporters are enraged that Doug Payne, Dom Schramm, and Will Faudree (among many others) are pointing out the flaws in Denny’s arguments through quotes from his own mouth, claiming that he ran his upper level mounts injured and lame just for fame and glory.

But the difference between the two? While Denny is lashing out on Facebook, Doug is designing tables with frangible pins.  While Denny is lamenting over the good old days for the long format, Dom is attending the annual conference to improve the short.  And while Denny is hypocritically and CONSTANTLY claiming that he is done with the upper levels, all three of these men are training students to improve their skill set and therefore safety.

Denny’s most recent post claims that he is “done with upper level eventing and the upper level riders who watch and do nothing.” And I can’t sit here without writing of the hypocrisy in this.

Denny has both trained upper level riders (many of which I am friends with and respect to the highest degree) as well as bred upper level horses.  His livelihood has depended on this connection to the upper levels, and his bread and butter is in his showcasing of these success stories.

But just like any political discussion in the past 12 months, unless you are doing, you are just spewing.

We cannot make progress without change – something that many of the upper level riders are heavily invested in. And we cannot make these changes without funding and grants given to these brilliant men and women who want to progress the sport, not just throw it in the trash.  There are so many things that can be, and should be studied.

This horse did not “succumb” to the sport as Denny would like you to believe.  He had a catastrophic injury to a forelimb that researchers have been attempting to preemptively diagnose for the last decade. It was unrelated to a jump, and honestly had nothing to do with “The Sport.”  It could have happened in a field, or even in the dressage arena.

And had it been due to a jump, there are talented course designers and engineers which are attempting to make those safer.  Had it been to a cardiac event, there are brilliant scientists and practitioners studying that as well.  We have the people that want to learn. That want to improve.  That want progress.

With the key word being progress.  Not degradation.

I am horrified that Denny used this specific injury as his basis for the demise of this sport, and his ammunition for why the long format was so necessary.  The long format which left us with no data to even find a correlation on safety, something that the current generation of leaders in our sport are attempting to fix.

We cannot make progress without change.  We should not make change without science. Without data. And we cannot do either without this sport coming together instead of tearing itself apart.

This divisive rhetoric needs to end.  And it currently looks as though it is the informed masses against one.  So maybe that one, and I mean you Mr. Emerson, needs to respectively bow out. Mind your manners. Wind down your social media and screw on your constructive thinking cap.

And find a way to make progress.

Our thoughts and prayers are needed.  For Boyd. For Crackers. For his owner Lucy. For the entire Windurra team.

Our skill sets and abilities are required.  For researchers. For USEA. And for a damned good epidemiologist and engineer.

And finally, our manners need assessed.  Rehabilitated. But that just goes to you Mr. Emerson. 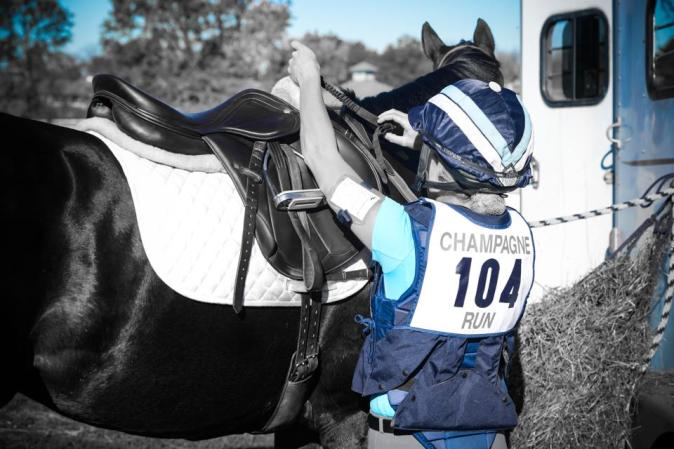 ← The cherry on top.
Five Things I Learned In Graduate School That I Never Knew As A Farm Manager →

53 Comments on “Mind Your Manners”

Leave a Reply to In memory of Tobey Cancel reply