The facts behind science, and the science behind facts.

“We live in a society where facts and data are not even considered.”

And those of us around the roundtable giggled, acknowledging that he was referencing the current climate of our nation and the most recent presidential election.  And then as the laughter faded out, each of our expressions faded to one of alarm and disconnect.

Because we are scientists.  And this is true.

It is not easy to become a scientist.  You must first draw the ability to write in cursive, and add 2+2 in order to be considered an elite member of your 2nd grade class.  You are then run through the gauntlet of academically heightened classwork before entering high school.  While in high school, you are placed in the AP classes and shoved towards the stone walls of liberal arts educations, ivy league institutes, and mass advancements. Organic Chemistry is a bitch, and you learn the inner workings of the Biology Department, not Phi Kap. And while you learn to brew your own beer, you most likely don’t get the chance to perfect the keg stand.

Following this, you being your masters and doctoral research.  You are taught not only how to conduct an experiment, but how to draw from the data with which you obtain.  You are instructed on the proper analysis of data, and the statistical model which will give you both power and breadth. You are instructed of what a controlled setting means, and how to achieve one.

And that is when the first month ends. Because those are not the important parts of being a scientist – at least not to most.

Because the most important aspect of science is the ability to be the most negative, analytical, and pessimistic person possible.

We are taught to see the glass half empty.  If the project worked 92 times out of 100 – it was not repeatable.  We set our goals to lofty heights, and those heights must be reached in order for us to find any significance in our data. In agricultural worlds, this means a predicted measurement to 90%.  In medical fields, this is tightened up to over 99.9%.

And that is just the beginning.  Because just like our government is supposedly doing, there lies a labyrinth of checks and balances to prove that we are neither cheating nor lying. Science is not a Facebook status.  It is not an episode of The Blaze where Tomi Lahren gets to make statements without retribution.  No, we have editors to thank for that.

For every experiment that we perform, in order to have it have any merit in the scientific community, we have to submit it to a journal of repute.  A board of our peers will review the manuscript and determine if it is both worthy of that repute, in addition to being fact based and full of merit.  This eliminates the ability for Big Pharm to control the results, and to moderate the findings.

Getting your research into a peer-reviewed journal is actually harder than it looks.  And kind of a big deal.

They analyze the experimental model, they assess the statistics.  They recompute the math, and they evaluate whether or not the basis of the ideology was even worth studying. And then after months of edits, responses, and lengthy debate – the study is possibly published.  This is why it is called a peer reviewed process.

A career, a subject, and a skill that still exists in the world – and yet one that people find little to no approval of until their loved one is dying of a terminal illness.

My life is surrounded by naysayers.  From farm managers who couldn’t possibly believe that inflammation in their broodmares uterus is not always in fact caused by bacteria, to anti-vaxxer’s on Facebook who would rather believe a Playboy Bunny than a case-controlled and peer reviewed manuscript written by an MD/PhD.

These scientists have demonstrated life-altering or life-saving strategies.  For your pets, for your industry, for your economy, or for yourselves.  Fact-based.  Controlled. With true statistical models utilizing numbers, not opinions.

And these things can give you data on any manner of things – from drugs used to treat cancer to exactly how much the economy is affected by the legalization of marijuana.

Just the other day, it was stated that more black men shoot police than police that shoot black men – but was that done with a paired T-test?  Or with a nonlinear regression?  Or heck, was it just a “55% is higher than 45%” statement that didn’t take into consideration the number of people evaluated or the non-controlled environment.

And that is what is lacking in our world. Facts. Statistics. P-values and controlled studies.

Only I shouldn’t say that they aren’t lacking – for they exist. They are just dismissed as quickly as the screaming child in the backseat.

And then with that education, change the world.  Because Lord knows the scientists are trying to. They just need you to help them do it. 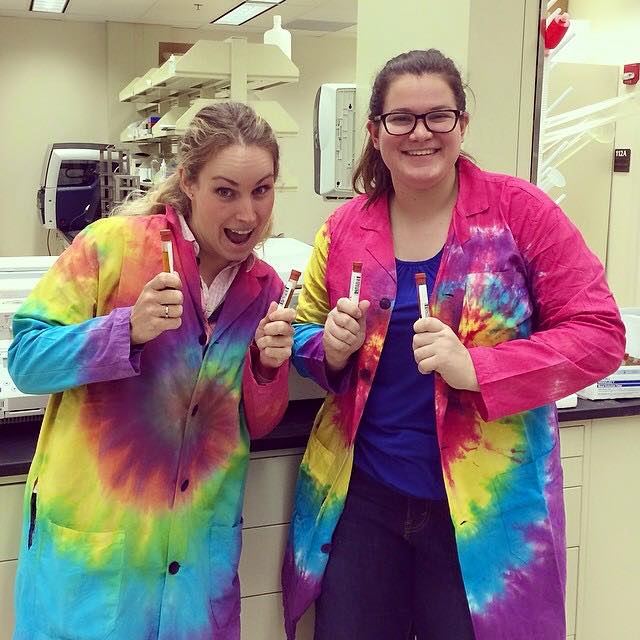 How I do science.

← 5 Guidelines to Success in the Horse Industry
Steady Eddie →

4 Comments on “The facts behind science, and the science behind facts.”