A good horse – and a trainer who didn’t ruin the good.

The Retired Racehorse Project released their list of trainers which they feel make this years Thoroughbred Makeover exciting, and as the winner of one of the disciplines from last year, I was number one on the list for dressage. My bio read like this…

2015 Thoroughbred Makeover Dressage Division Winner on Called To Serve. Carleigh is an amateur who has enjoyed training and selling off-track Thoroughbreds when not studying for her doctorate in equine reproduction. She has deep roots in eventing, ranch work, and Thoroughbred racing.

Ranch work.  Eventing. Racing.  Sounds like the pedigree of an accomplished dressage rider, right? Underneath me, there were five Grand Prix rider’s listed.  The highest scoring rider on Centerline Scores.  The champion of a USDF class.  A women who trains horses for The Queen, and no, I don’t mean Beyonce.

I laughed at first, and then fell into an almost comical funk.  Because I am a competitive person, an over achieving person, I am generally hard on myself.  I am turning 30 in two weeks, and have accomplished almost none of the goals that I set out for myself at the age of 5 when I began competing.

I had big goals

I have not gone to the Olympics.  I have not ridden around Rolex.  I did not get my A in Pony Club.  I did not win the Maclay’s.  I have not jockeyed a horse to the Kentucky Derby.  I do not own my own boarding facility.  I am not even a professional rider.

I was lamenting over this with my friend Alexa last week as she rode my “champion” horse, Called To Serve.  I was hacking my newest ex-racehorse, Marilyn’s Guy, and giggling as he finally accepted pressure on the bit, learned to trot a pole, and steered around her indoor arena as if he had been doing this his entire life.  And as I trotted a large 40m circle, I watched as she put Nixon through shoulder in, haunches in, leg yields, and beautiful transitions. I realized that I had come full circle, yet again, with my training horses.  One was moving off into adult-land, just as another baby began his transition.  And this made me so happy. 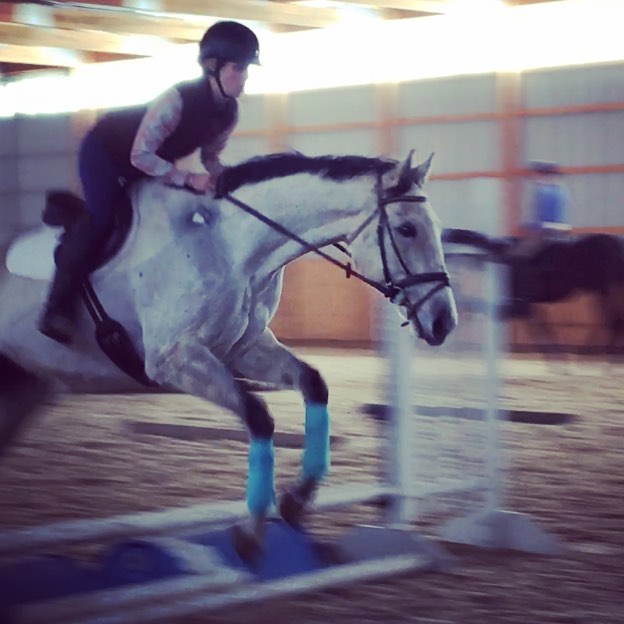 Kennedy, the horse formerly known as Larry, learning how to jump.

But Alexa spoke of how she wanted to get back into the upper levels of eventing, as she was in her own personal funk after being highly successful as a Young Rider.  And as she lamented over her own personal failures, I stared slack-jawed, wondering how someone so young and, what I considered, so successful, could be so hard on herself.  She was living my dream.  She had the medals, she had the farm, and she had the experience up through the FEI levels, and she was only 21.  She had spent the entire summer jumping fences that make me poop my pants, and training with the elite.  All I had was a few good, solid, fun, young thoroughbreds, and a resume that no one understood. But while Alexa and my resumes were so different, we were so similar.  We both wanted greatness.  We both wanted that to be with horses.

But then something dawned on me.  Maybe I wasn’t made to be an upper level rider.  Maybe I was not created to steer a horse around Rolex.  Maybe, just maybe, my role as a horseman was in something entirely different, and entirely necessary.  Maybe I was put on this earth to get these horses ready for those riders.  Maybe my career will be made on breaking, training, and retraining horses. 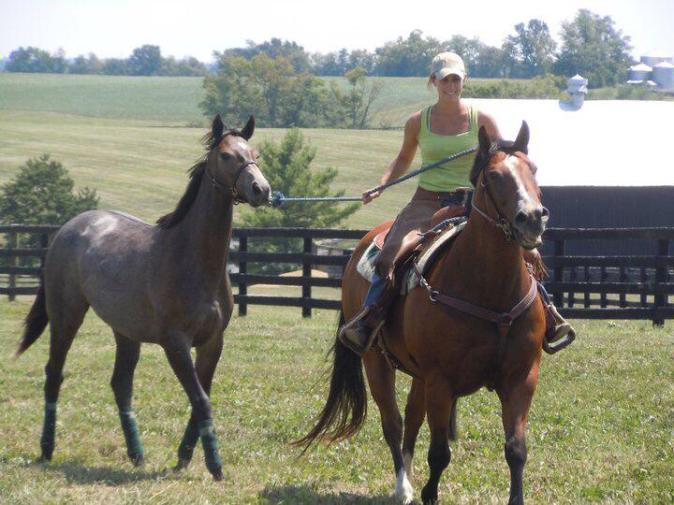 And maybe the Alexa’s of this world are made for fame, and glory, and medals.  And the Carleigh’s of the world are made for first crossrails, first beginner novices, and first cross country schools.  And these two people can, and need to, coexist for America to get back on the National stage.  We need the Carleigh to be standing at the finish line of Rolex smiling, as the Alexa finishes a double clear on the horse that Carleigh took his first beginner novice.

I hope Called to Serve gets to experience just that, and I can promise you, I will be sobbing with tears of happiness as he does. 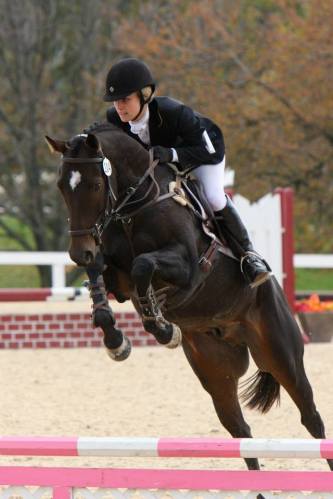 I don’t know if RRP should have listed me on the trainer list for the dressage discipline, because I don’t even know if I will compete in dressage this year.  I won the dressage last year not because of any championship I had ever won, or high score I have ever received.  I have no medals, I have no diploma.

But what I did have was an amazing horse.  I had the patience to unlock that horses talents.  And I had the training, methodology, and ability to blossom him into a phenomenal dressage horse.  None of my previous ex-racehorses would have won the dressage, but one of them might  have won the eventing.  One of them might have won the jumpers.  And Dynamaker, my true love, would have probably won the hunters – even if I was adorned in my monoflap and scrambling for a pair of tan breeches. 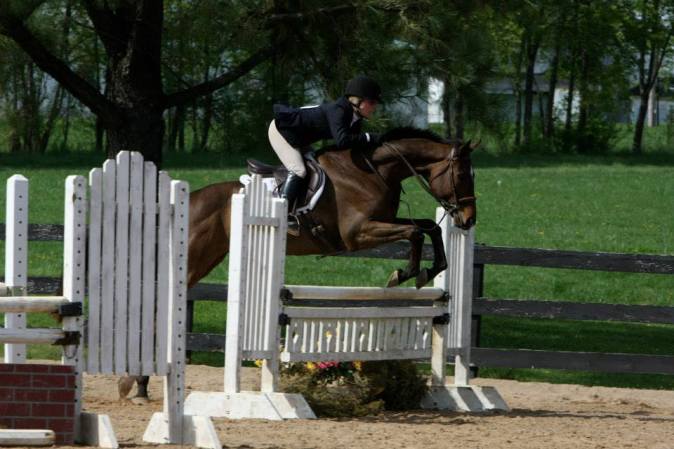 My training level event horse REALLY wants to be a 3′ hunter, even in my monoflap.

And maybe, just maybe, this is what I will keep doing.  I think there is truly a void there within our horse industry.  A void of people that have experience in a wide variety of disciplines, but who acknowledge that a good horse should be brought along in a similar manner no matter what the end goal is.  And a good trainer can bring along that horse.  No matter what discipline.  No matter what age.  No matter how many races won or how many rides have been put on.  I want to be that person, even if my pedigree doesn’t read as amazing as the rest. Let them scratch their heads as they read Ranch Worker. Eventer.  Pony Club Drop Out.  Dressage Queen. Racing Enthusiast. 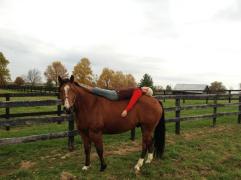 Those things are a lot more similar than you thing.  They have all taught me different aspects of the rider that I am today.  And all of those them have one thing in particular in common.  A good horse – and a trainer who didn’t ruin the good.

← Saying Goodbye: The Story of Feel the Beat
Timeframes →

9 Comments on “A good horse – and a trainer who didn’t ruin the good.”