There is something about death that produces immortals.  When someone leaves you, you are no longer able to argue with them.  To resent them.  To remember their faults and inadequacies.  You put them on a pedestal.  A pedestal that rises and rises as the years go by.  My father is currently on that pedestal.

After I wrote my post about how us Fedorka’s encountered our own version of the Triple Crown this summer, I realized how little credit my mom received.  Was my father the champion of education?  And knowledge?  And good behavior?  Yes.  Was he the most humble, sweet, passionate, and friendly person you could ever meet?  Yes.  Did he charm my friends, becoming a father figure and friend to all of them?  Of course.

But was he perfect?  No.  And as the years have passed, we seem to forget this, or at least, ignore this. My father was a great  man.  A brilliant man.  But we fought.  We fought like cats and dogs.  And the one thing we fought about was horses.

And do you know who buffered those fights?  Who stood in my corner as my Rocky Balboa to my Adonis Creed?  My mother.  She was the equestrian.  She was the reason that we even had horses in our lives.  She was the defender of my passion. 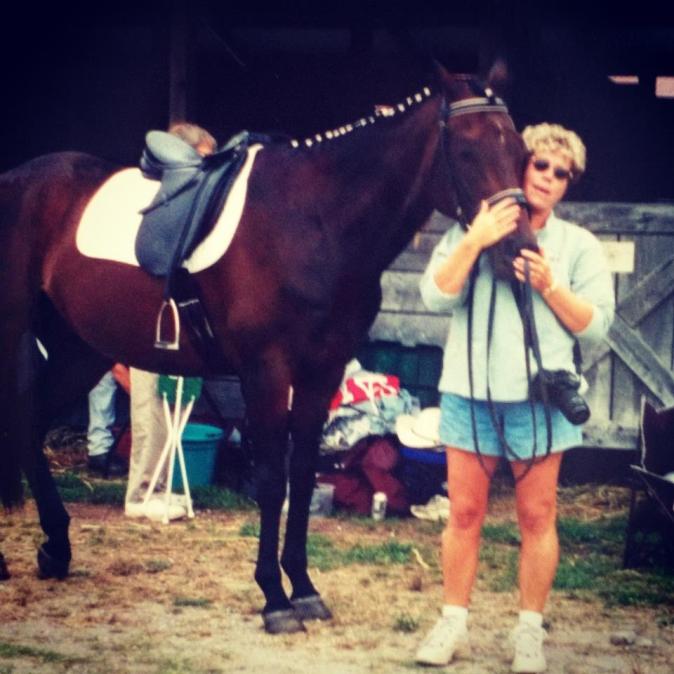 The camera and the horse, a true horseshow mom at Erie Hunt and Saddle Club

But for 6 years now, while we have immortalized our father, we have gotten to cohabitate with my mother.  She received the weight of the damaged family that we had become, and yet her 5’3 frame held on.  Her life has been anything but easy, her pain is extreme, and yet she remained a pillar for us.  A symbol of strength.  Of dignity.  Of greatness. She lifted us when we were weak, and slapped us down when we needed regulated.  She is our rock. And this gets overlooked simply because of the amazing man who left us. 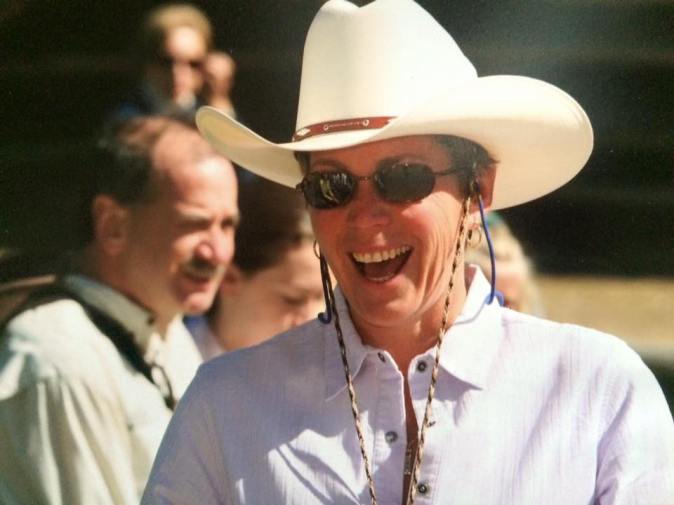 My mother bought us our first pony when I was 3.  Even against my father’s wishes, she championed this passion of hers.  She was a brilliant equestrian of her own right, having competed at the highest levels of equitation. 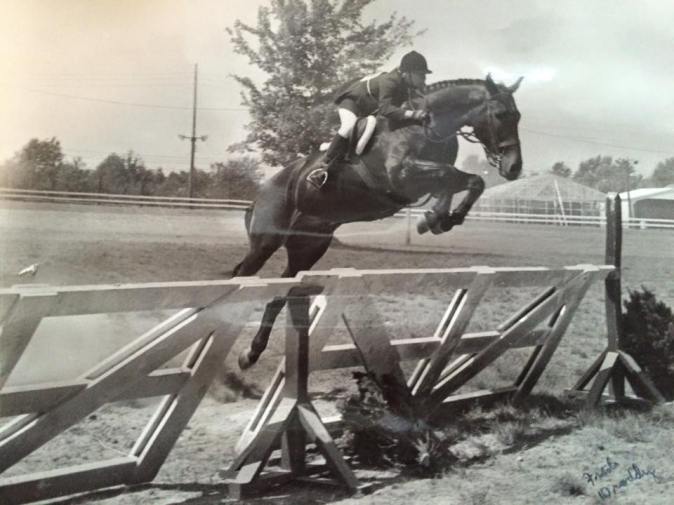 She had taken a hiatus from her own passions to follow my father on his journey through medical school, residency, and fellowship, and then continued supporting him  by producing us three kids.  But with Nicholas finally in the world, and no more children on the way, we got Shana.  There are so many fewer pictures to show my mom’s absolute love for life, her children, and these horses, because she was always on the other end of the camera.  Just another fault that is portrayed in our adoration for our father. 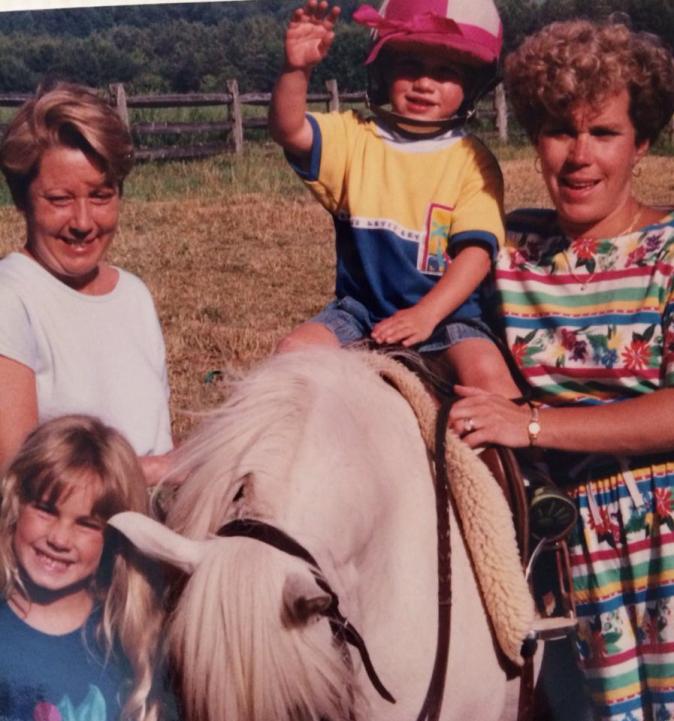 Shana and the family

She continued to champion us in all of our endeavors, something that I didn’t understand as a teenager.  I resented my mom, and her lack of ability to come to my every show and every lesson.  We spent the majority of my high school years at war with each other.  I thought she was the reason for my every pain, and yet in retrospect, I realize she was the only reason I even had the escape and therapy of my horse. She made it to the shows that she did simply by ignoring her own passions and putting me above the other two children that she had brought into this world.  That should have been enough, but to a jealous and egotistical teenager, it wasn’t.

I blamed her for my inability to move up the levels.  I felt as though I was always compared to her as an equestrian, as we were still in “her neck of the woods”.  The trainers that I showed against had been my mother’s competition, and any lack of success on my part was always compared to her own personal victories.  I resented her.  I resented her skill level.  I resented the comparison.  And because of this resentment, I was downright nasty to her.  It wasn’t her fault that she had won an award that I couldn’t achieve.  It wasn’t her fault that people compared us.  But it hurt. And I took out this pain on her. 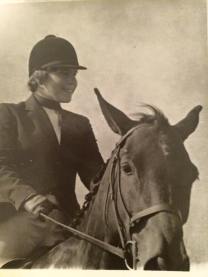 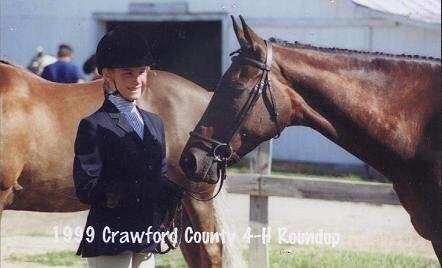 It took me a long time to get over this, and develop a relationship with my mom.  I have realized later in life that maybe my father left us to make room for this resolution.  My mom and I finally got over our issues after his death.  And maybe it was because of a shift in maturity, or maybe space between us as I moved away, possibly even the bond of absolute pain and devastation to join us together, but our relationship has only grown stronger as those fickle teenage years fall farther behind us.  She became less of a mother and more of a friend.  Something I never thought would happen.

I never realized how much my mom championed my riding until a few years ago when I called her in a panic over funds.  I had just started graduate school and was attempting to make the shift from full time farm manager into impoverished student.  Unknowing of this detour in my life, I had just gotten back into riding horses immediately before returning to student life, and was the happiest I had been since my father left our lives.  I told my mother that I was going to have to be a responsible adult and sell my horse, for I couldn’t afford to eat and feed my horse at the same time.  Sobbing on the phone, I was determined to be a big girl, but devastated by this loss as well. I hung up and began writing an ad for Mak, knowing that his sales price could pay for the next few years of living. 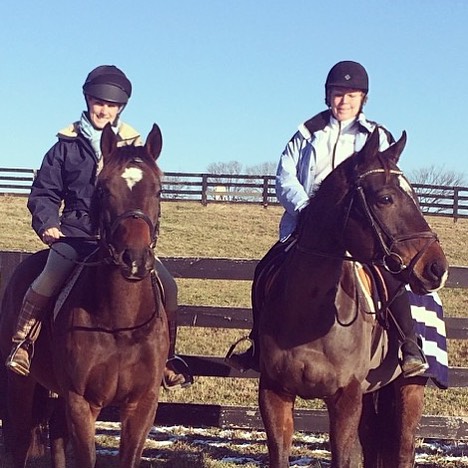 My mom riding Mak, her “grandson”

My mom called me back 10 minutes later and quietly and calmly said that she had put $200 in my bank account.  And that she would continue to put $200 in my bank account every month for the next 6 months until the yearling sales started and I work off this deficit.  I was astonished.  I hadn’t asked her for money.  Suddenly my tears of grief turned to tears of joy.  I told her how much this meant to me, and she simply said, “Carleigh, I would rather pay for Mak’s board than the therapy you’ll need if you sell him.  Now go ride your horse.” And with that single phone conversation, I realized that my mom knew where my heart and soul lied more than anyone else.

I don’t write as much about my mom, because it is so much harder to vocalize your love for someone who is still living.  I think this has been the hardest thing that I have learned since my father’s death.  We can finally express our love, our grief, our anger, and our disappointment in any part of our relationship with him because he is not here to respond.  I was never able to say “I love you” to my father when he was alive, and his death taught me to never choke on those words again.  Saying those same things about someone living is much harder.  And because it is harder, or weird, or makes me awkward, I avoid it.  But that isn’t fair.

So if this summer was the Triple Crown for the Fedorka’s, something that I so desperately wished my father had been a part of, then my mom is The Breeder’s Cup Classic. She is the Champion runner, the Grand Slam.  And just as American Pharoah was the champion for a sport that so desperately needed resurrected, my mom has been the strongest, most uplifting person in my life for the past 6 years.  And I hope she knows that she’s carried this ride, but we’re in the homestretch, Mom.  We’re almost all the way around.  But we wouldn’t have gotten there without you.  We owe you for every step of this journey.  Every time we have stumbled and been encouraged on.  And every time that we thought we couldn’t keep going, and you jockeyed us on.  We love you, and we thank you. 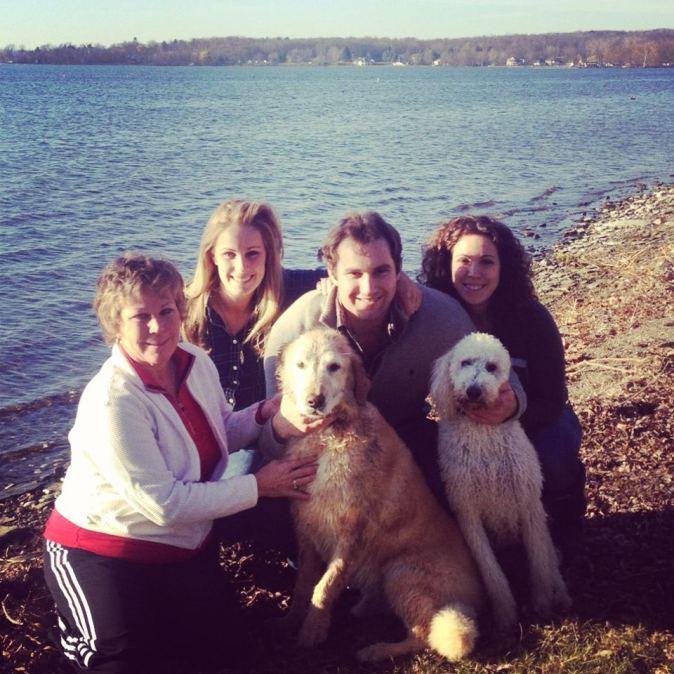 ← Minimizing your risk of barn fire
A fistful of mane, a prayer to the God’s, and a good partner →