The Thoroughbred: A Torrid Love Affair

When I was 12 years old I was asked the hardest question of my young life:  western, or english.  See, up until this point I had the “It Pony” Chocolate.  Also affectionately known as “The Devil,” “Spawn of Satan,” or simply “Bucker.”  Chocolate was an amazing little 11hh mutt of a pony who did it all: he jumped, he did western pleasure, we drove, we barrel raced, we did 4-H, USPC, you name it – he could do it…with only 1, 2, or maybe 400 outbreaks of bucking in between.  If I hadn’t been the ripe young age of 5 when I got him, I would have sounded like a drunken Irishmen while riding on a daily basis. 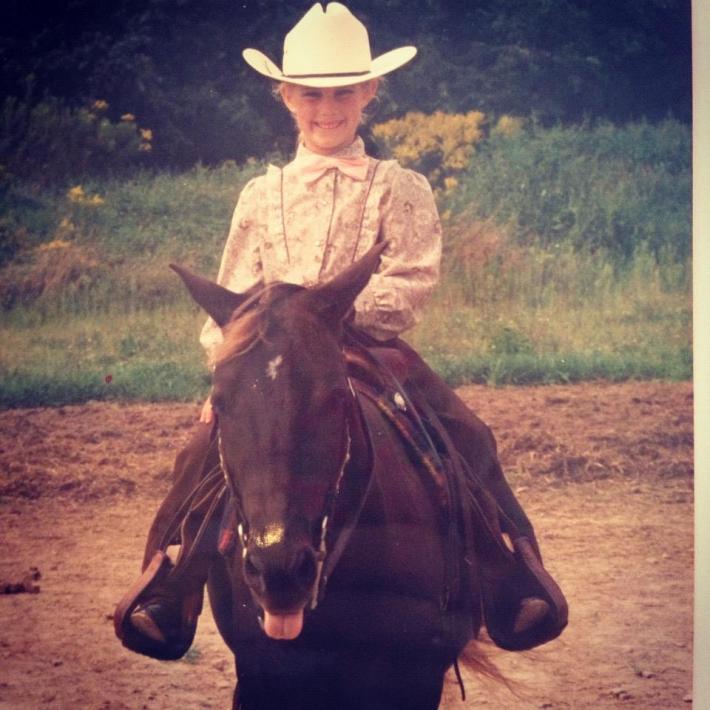 Obviously, being the 12 year old with Olympic dreams, I picked this: 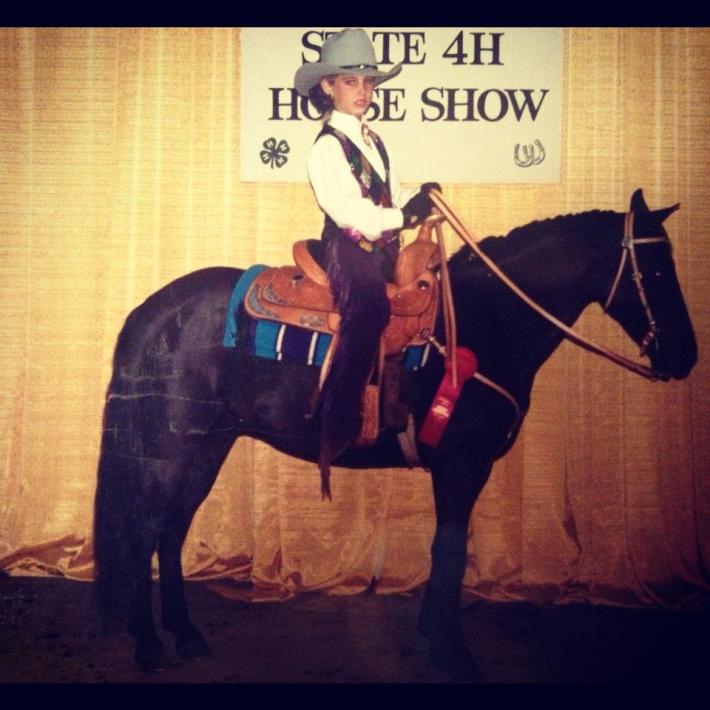 So we began horse shopping.  Looking for a large pony who was not only athletic enough to handle my cowgirl mentality but also nice enough to take me over the puissance walls that I envisioned in my mind turned out to be harder than we thought, and we soon decided to journey to the Virginia Hunter and Bloodstock Auction to further our search!  I was a nauseous mess the entire way down – I pictured paints, bays, chestnuts, and grey’s.  My future conquests that my pony and I would take on: PONY finals, Rolex, most likely my A rating in Pony Club, ya know, the standard for the 12 year old who had spent the last 7 years getting bucked off in western pleasure.

We arrived at the auction after an 8 hour drive, anxious and excited only to realize that there were only 2 large ponies, one of which was 24 and the other of which couldn’t steer.

My MerylMadonna mother and trainer shoo’d me away, exhausted from the drive and the stress, annoyed at the *banter* that I had been battering them with for the past 28 hours, and *possibly* hung over from the dinner the night before.  I began to wander around the auction looking awestruck at the line of gorgeous dappled warmbloods and thoroughbreds when suddenly our eyes met:

I sprinted to my mother and grabbed her by the arm, jumped up and down for her attention, and threw a grade A temper trantrum.  I HAD to have him.  We were SOUL mates.  It didn’t matter that he was 7, had little to no training, and was skin and bones, he was BEAUTIFUL. Approximately 4 hours later, after arguing with my trainer that I COULD ride him, I DID need him, he WAS perfect, and my NAME was actually Karen O’Connor, donating my entire life savings of $378 from my first communion, and convincing my mother that my father would NOT divorce her for this, this majestic bay thoroughbred became mine.  He was blanketed with the 68″ show sheet that we had brought to adorn my new large pony, and bandaged to the fetlock with the shipping wraps that we had brought from home, he was loaded up and sent back to Pennsylvania.  I got into the car on March 21st, 1998 and thought “Olympics 2000, HERE I COME!”

Fast forward 24 hours later, and my olympic mount unloaded himself from the trailer with such potential, athleticism, presence, and …. 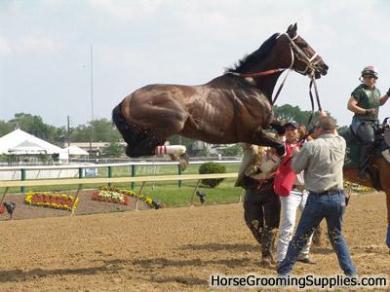 I had officially entered into thoroughbred land.

What happened over the next 12 years was what I like to now refer to as Thoroughbred 101:

Lesson Number 1:  When you put a 75 lb 12 year old on a 7 yo OTTB, he will think she is a jockey. Do not encourage parents to attend competitions if they have pre existing heart conditions: 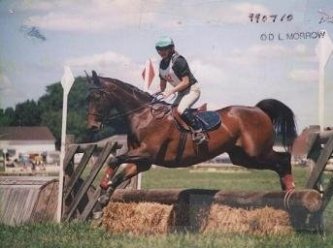 Lesson Number 2: Teach the 12 year old girl with stars in her eyes that blue ribbons will not exist for 1, 2, or maybe even 20 years.  She better learn to love green.  Oh, and it’s never the judges fault, just your own.

Lesson Number 3:  Little girls who fall in love with thoroughbreds should really love grooming, mucking stalls, braiding, and walking, because 50% of the time you’re horse is going to convince himself that he is lame, and you will be hoofing it along side of him instead of astride him.

Levi would eventually get me through my first love and my first heart break, fights with my parents and fights with my siblings, new friendships gained and old friendships lost.  Unlike most fathers, my dad actually prayed that I would find boys and sell Levi, but no relationship tore me away, and then as repayment, Levi got me through every never-ending day of my father’s illness.

Which brings me to Lesson 5: If you give a 12 year old horse-crazed girl a thoroughbred, the thoroughbred will give her his heart. 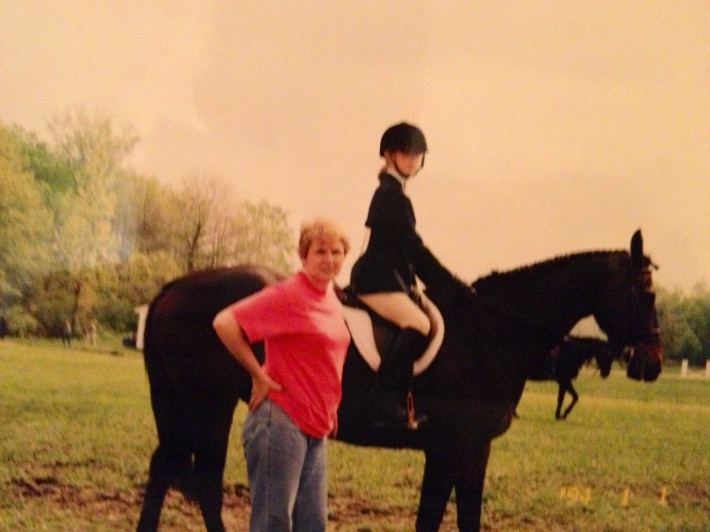 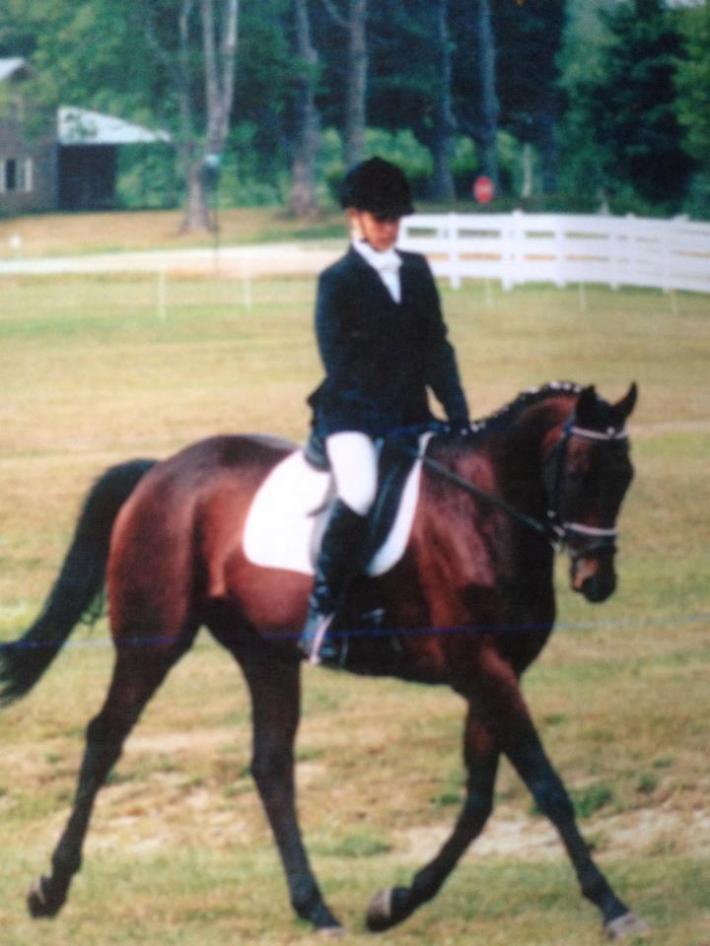 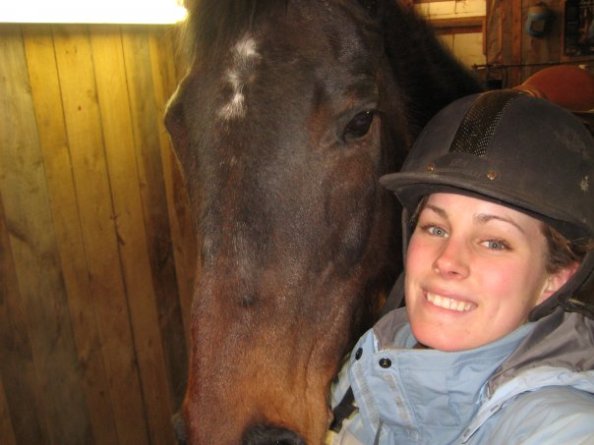 2 Comments on “The Thoroughbred: A Torrid Love Affair”